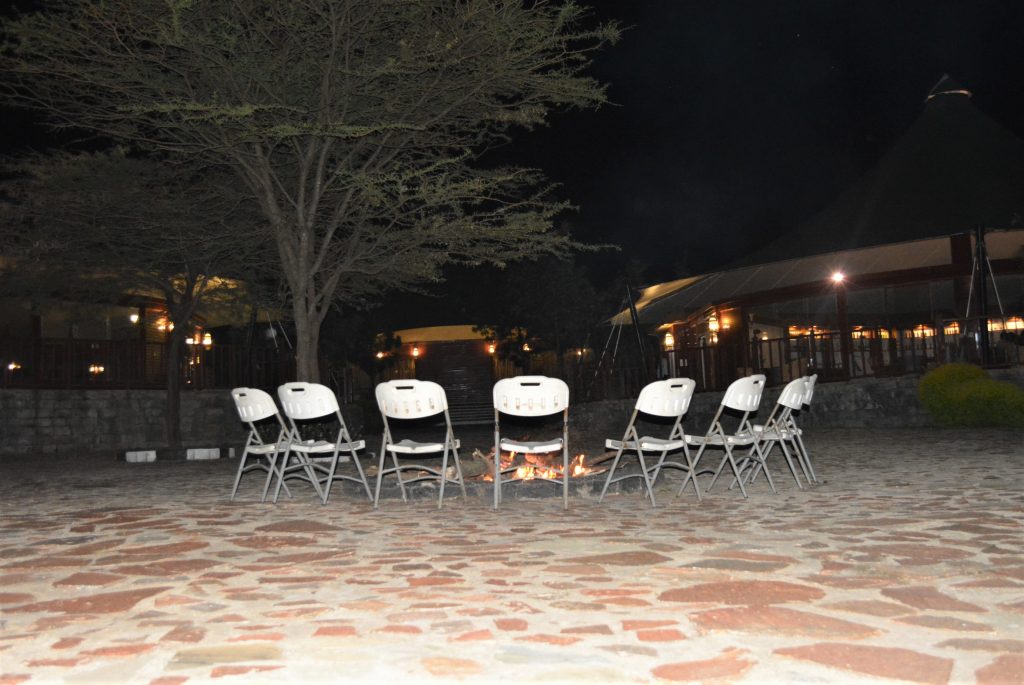 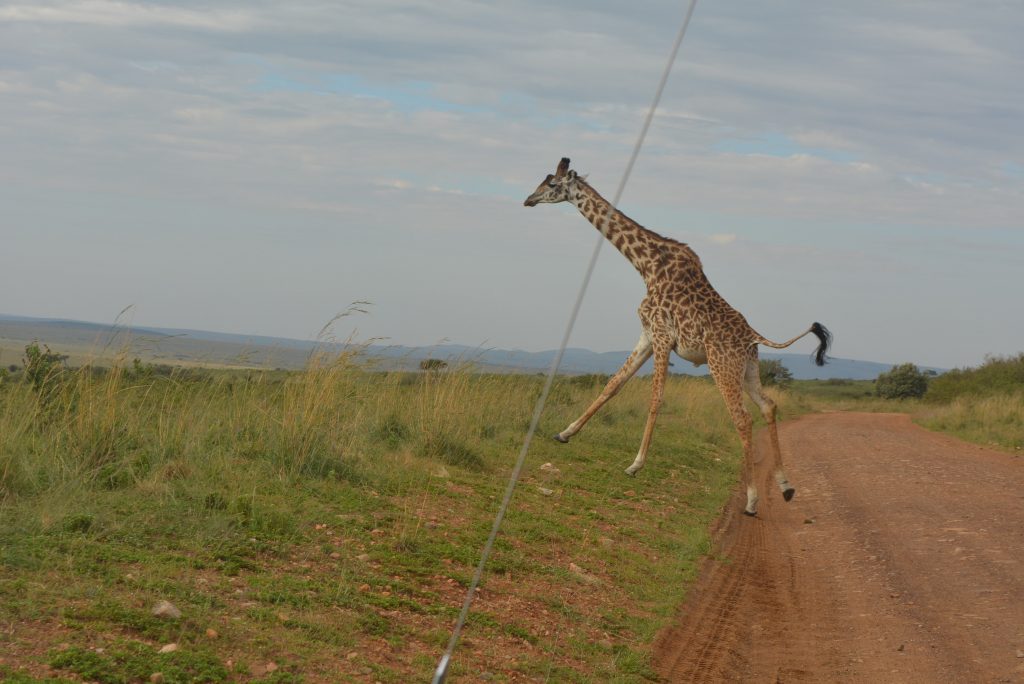 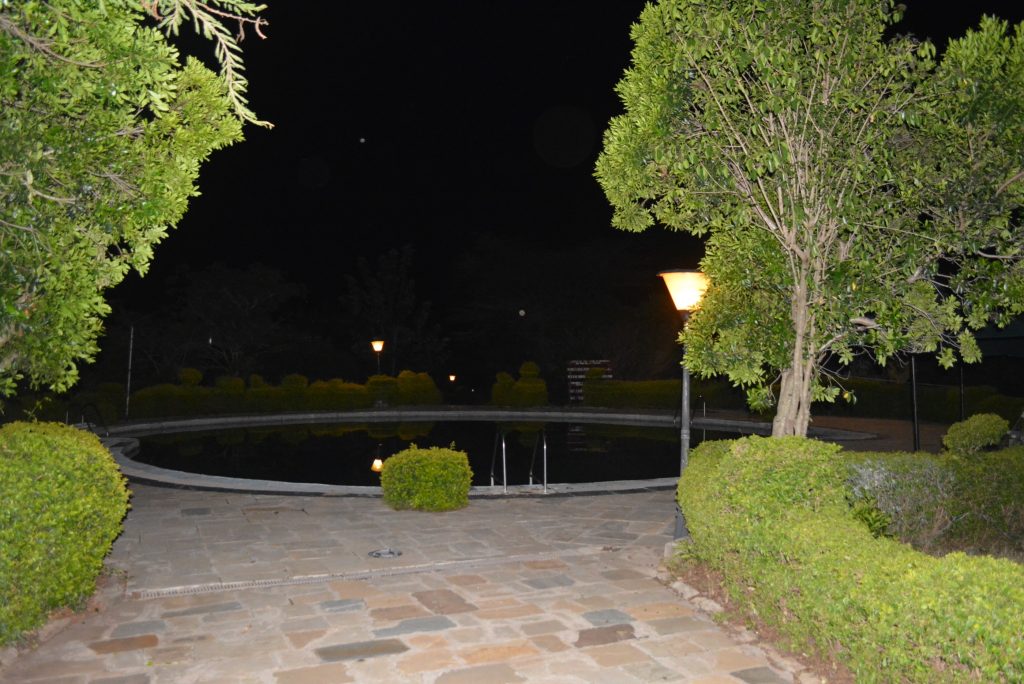 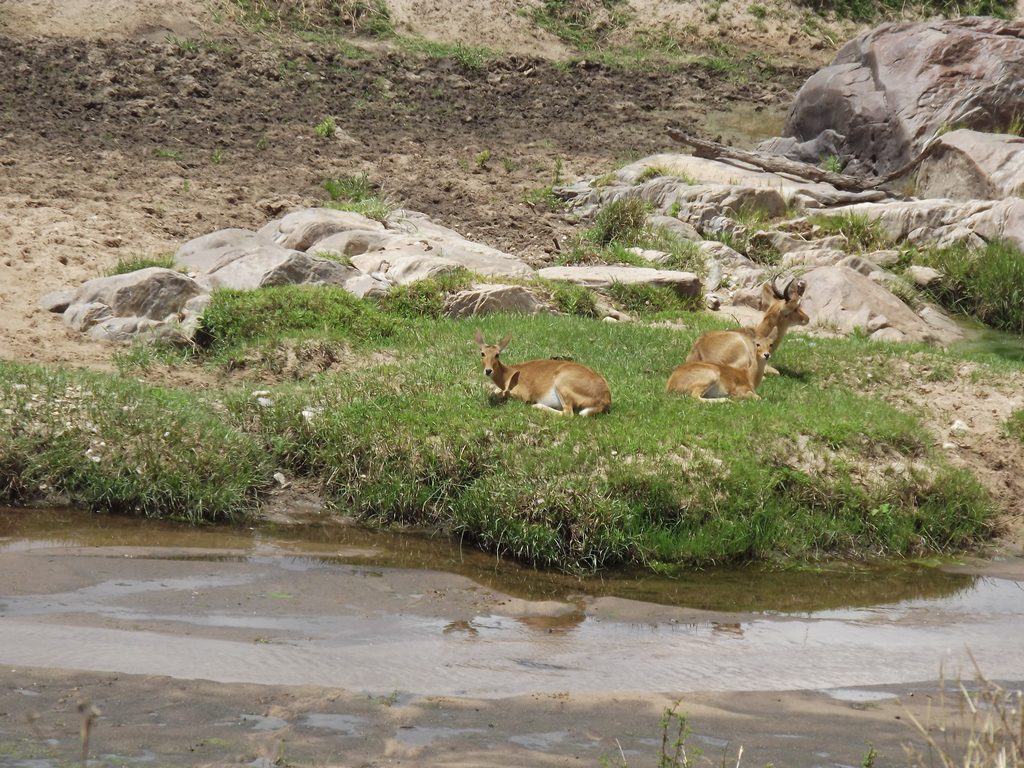 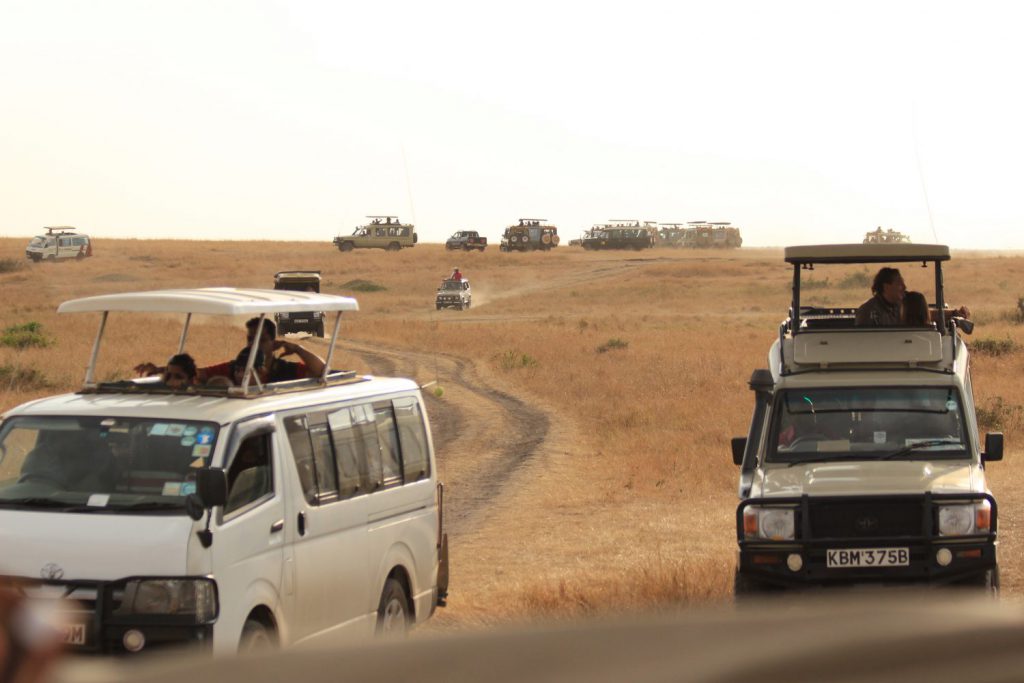 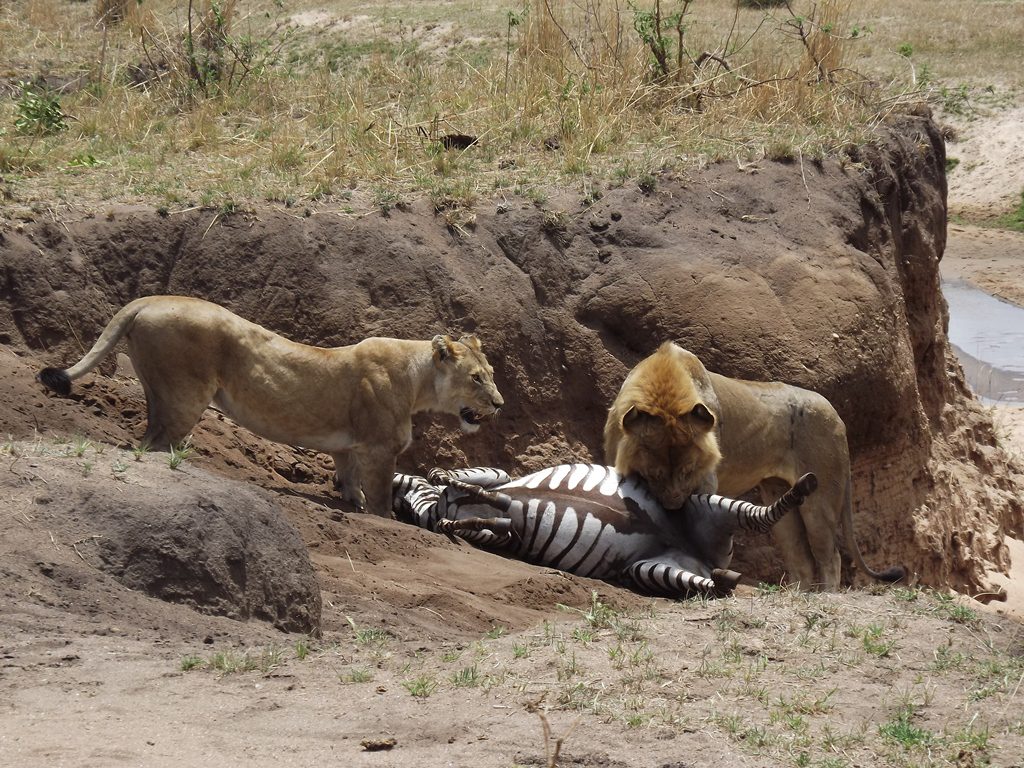 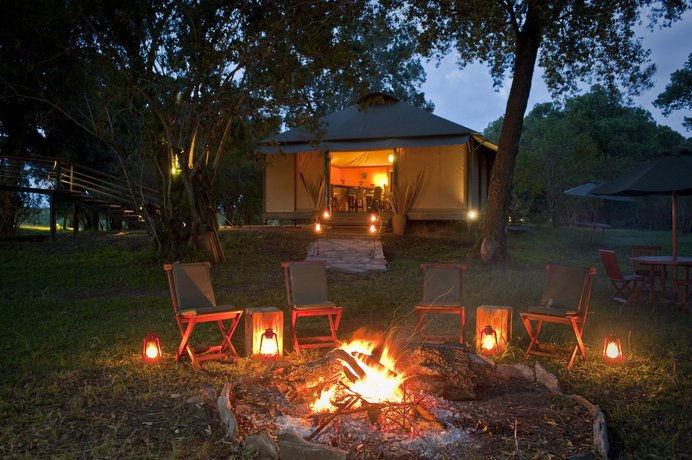 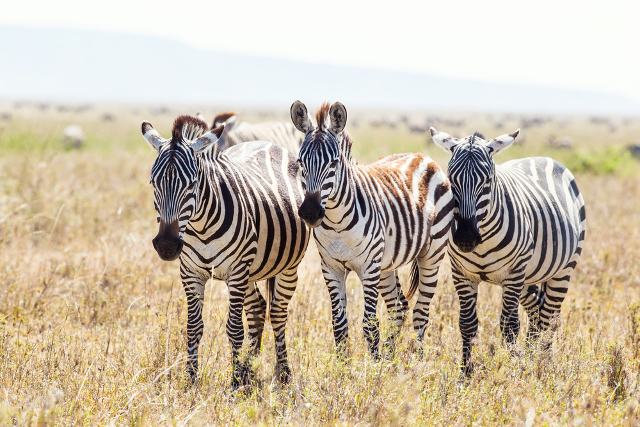 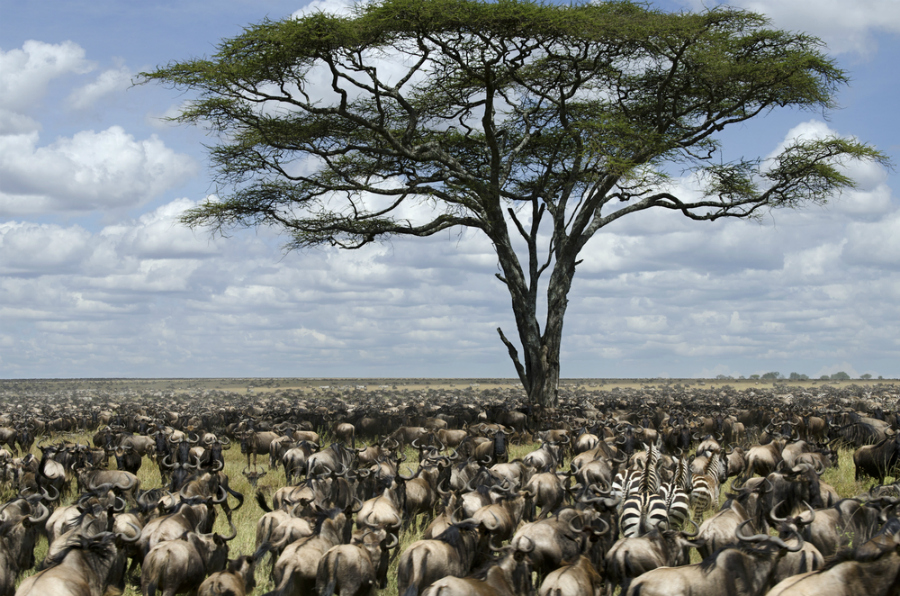 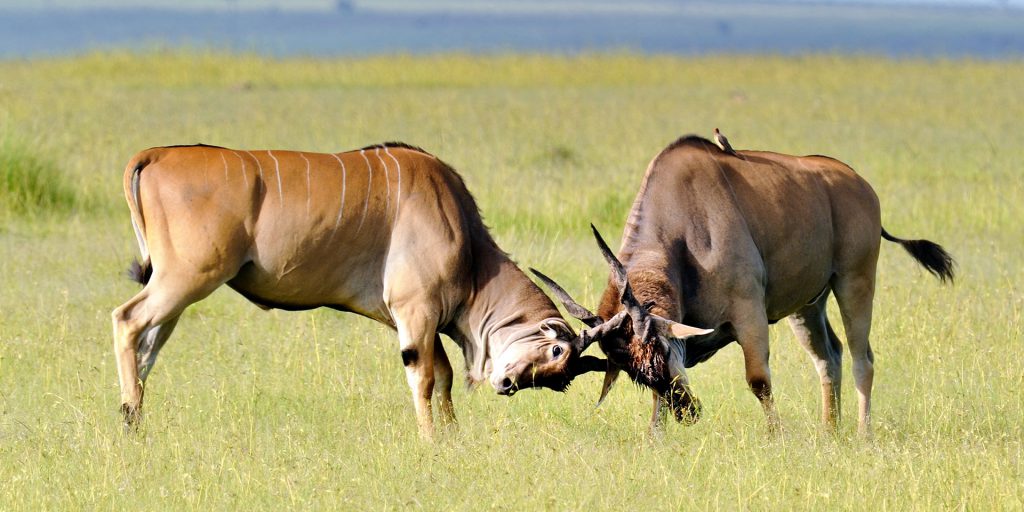 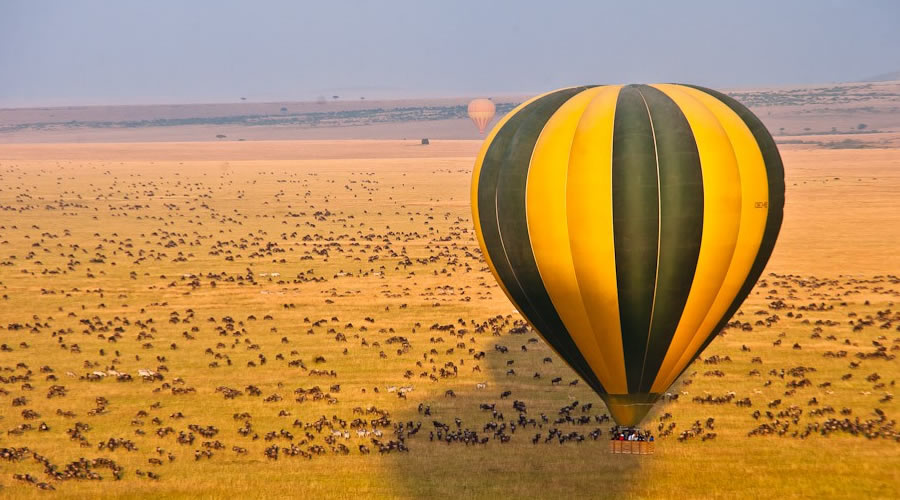 The Masai Mara is a one hour flight away from Nairobi or approximately 4 hours drive. Moreover, with the newly constructed Narok-Sekenani Road, your ride time is definitely going to be significantly smooth..

Masai Mara National Reserve is considered a “must see” for any new visitor traveling on a safari to Kenya. It is on the “to do” list for many Kenyans and visitors alike because the park is graced by a wide variety of unique and exquisite wildlife and birds.

Masai Mara is the best place to see the “Big Five” animals (elephants, lions, leopards, rhinos and buffalo) together. The famous wildebeest migration also takes place at the Mara.

Maasai Mara derives its name from the indigenous people of Kenya – the Maasai tribe – and the Mara River that cuts through the park.

The Masai Mara provides the best view of the famous wildebeest migration as the animals cross the Mara River between July and August.

Birdlife is as plentiful as wildlife at the Masai Mara, which boasts over 400 different birds species.

The park experiences a hot and dry climate with a regular rainfall season twice a year.

The reserve’s topography is mainly open savannah (grassland) with clusters of acacia trees along the southeastern area of the park. The Mara and Talek rivers grace the rolling plains of the reserve. Myriad seasonal rivers appear during the rainy season but dry out once the rains are gone.

Maasai Mara National Reserve does not fall under the jurisdiction of the Kenya Wildlife Service (KWS); instead, it is managed by the local county council of Narok district.

The vast Masai Mara reserve is located at an altitude of between 4,875 and 7,052 feet above sea level, giving it a damp climate and more moderate temperature than most of Kenya. Daytime temperatures run at 85°F (30°C) maximum and night temperatures can drop to around 60°F (15°C). Most rain falls between March and May and during the short rainy season in November and December. The park may be difficult to navigate at these times.

Between July and October, the weather is dry, the vegetation is lush and the daytime temperatures are pleasant, making it the best time to see the park’s wildlife. The Masai Mara experiences the highest tourist numbers during this period. Hot temperatures peak between December and January while June and July are the coolest months at the park.

How to get to Masai Mara National Reserve

By Road: From Nairobi, it takes about five hours to get to Masai Mara. The roads are all weather; however, only 4WD game viewing trucks are allowed during the rainy season.

By Air: You can book one of the scheduled daily flights that depart from Wilson Airport and Jomo Kenyatta International Airport (JKIA) in Nairobi. Travel time is about 45 minutes and flights land at one of the three airstrips (Keekorok, Olkiombo and Musiara) that serve the park. Flights are also available from Mombasa to Masai Mara.

Departing from the capital of Kenya, Nairobi, we drive down the escarpment via the floor of the scenic Great Rift Valley. We arrive at Maasai Mara Game Reserve in time for lunch in the afternoon. We will check you into the luxurious lodge or basic permanent tents that are self-contained and fitted with feature beds and en suite bathroom areas. In the evening 4pm we take our first thrilling game drive in the Masai Mara game reserve, one of East Africa’s top safari destinations. 6pm return to the lodge for dinner and overnight stay. In the night you can hear a chorus of different animal sounds as they communicate with each other in the darkness – more than enough reason to visit. An evening sundowners cocktail as you view the sun go down is a good way to end the day at an extra cost.

Return in the evening for Dinner and overnight at the Camp/ Lodge.

Enjoy full day game drives in the park in the morning and also in the afternoon. You will have a chance to see all the Big Five Wild Animals which include Lions, Buffaloes, Leopards, Rhino’s and Elephants. You also have a chance to see other wild game like Zebra, Hyena, Cheetahs, Warthog, Topi, hartebeest, Eland. Dinner and overnight stay at our camp/lodge.
Early morning Masai Mara hot air balloon safari can be arranged at extra cost.

Wherever you go in the vast Masai Mara you will see a frequent amount of wildlife such as Masai giraffe, baboons, warthogs, bat eared foxes, grey jackals, spotted hyena, topis, impala, hartebeests, wildebeest. Elephants, buffaloes, zebras and hippos are also found in great numbers. It is also common to see lions either basking after a heavy meal, or surveying the plains for their next meal. Cheetahs and leopards are harder to spot, but reasonably common.The ultimate action here is without doubt the annual wildebeest exodus, the Great Migration, in July and August when millions of these grass eaters move north from the Serengeti in search of lusher grass before turning south again in October to December. There is nothing thrilling like a bush dinner to end such an adventurous day at an extra cost.

Return in the evening for Dinner and overnight at the Camp/ Lodge.

We will have our last game drive early in the morning before we head back to Nairobi. We will drop you off to your hotel or we will take you to the Jomo Kenyatta International Airport depending on your request.
We start the day with an early morning game drive from 6.30am to 9.00am you might be lucky to witness hunting. At an extra cost A bush breakfast can be arranged followed by a visit to the maasai village to conclude your maasaimara safari experience. We depart from our safari lodge/camp at 10a.m and take an enroute game drive through the Masai Mara Reserve on day three. Have a stop over at Narok, a rich Masai town and have a chance to buy souvenirs from the locals. Then we proceed to bustling Nairobi, arriving at about 16:00 in the afternoon. This unforgettable 3-Day Masai Mara Safari ends upon arrival back in Nairobi.

What is the Great Wildebeest Migration?

The Great Wildebeest Migration is now one of the Seven Wonders of the World and is the largest animal migration in the world. Every year, more than 2 million animals (Wildebeest, Zebra, and Gazelle) migrate in a clockwise direction across the ecosystems of the Serengeti (Tanzania) and the Masai Mara (Kenya). On the way, they have to cross crocodile-infested rivers, are hunted by predators, and face natural disasters such as droughts and flooding in a daily struggle for survival.

When is the best time to witness the Seventh Wonder of the World?

The first few months of the year offer exceptional predator encounters in the Serengeti as this is the calving season for the wildebeest and newborns make for an easy kill.

By July, the herds are heading into the central Serengeti where the wildebeest make their first river crossing, and take their chances against the waiting (and hungry) crocodiles.

In August, the herds cross over into Kenya’s Masai Mara and by September, the big herds have fragmented into smaller groups. The last few months of the year bring the short rains, causing the Wildebeest to move back into the Serengeti where the animals brace themselves for the next calving season and predator attacks.

What should I carry with me for the trip?

Passport/ ID, Camera, Hat, sunglasses, torch, clothes. Residents / citizens MUST show their ID/passports or Residency cards or else will be charged as non residents. ALL documents must be valid 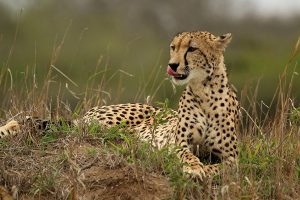 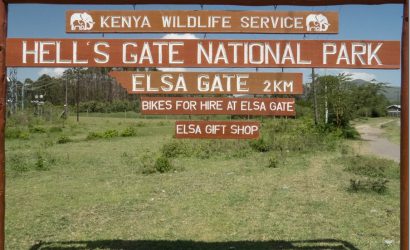 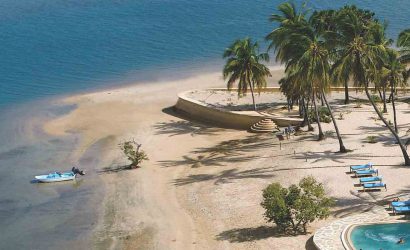 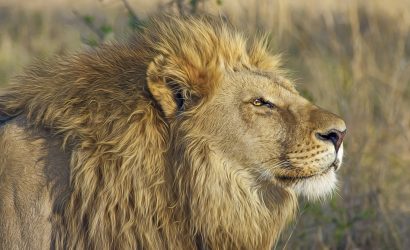 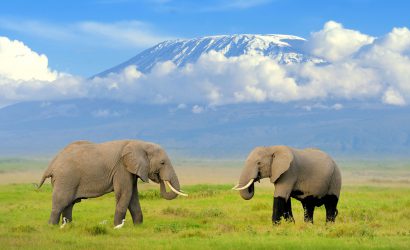