This elegant and dappled cat is everyone’s delight. Watching a cheetah kill is fascinating. They are the kings of chase. They are interesting creatures. Here are some few little-known facts about the cheetah:

Unlike all the other big cats which roar, cheetahs do purr. In case you are wondering what that is, then it means making a low and continuous vibratory sound, expressing contentment or acting seductively especially by cats – well, now you know.

Of course, everyone knows that cheetahs run very fast, but few know at what speeds; being credited with sprints of over 112km/h is no small feat, but the main impediment with this is managing chases over 300meters, due to body overheating and  making them tire quickly; but it can accelerate from 0 to 113 km in just a few seconds. Cheetahs are a one large family of relatives genetically. And did you know that cheetahs do hunt during the day? Yes, they do, but then again, they may also do so in bright-lit moon nights. This is mainly due to their poor night vision.

Cheetahs have a big secret; Have you seen the long, black lines which run from the inside of each eye to the mouth? These are usually called “tear lines” as they make cheetahs look as if shedding tears. This, it is said, shields them from harsh sunny conditions as well as enabling them see both their prey and enemies from far (about 5 km away) – unbelievable, right?

Cheetah cannot climb trees! Who would even believe that? hunts are not only confined to open grass plains but also happens in bushed terrain in some countries like South Africa.  Female cheetahs are solitary. Home range is quite big as much as 300km square and more.

You think I’m done? Nope I have a few more facts about this amazing animal: Cheetahs are light bodied and have bunt talons, so they hardly fight or protect their prey. When a larger or more aggressive animal approaches a cheetah in the wild, it will give up its catch.

And finally, Cheetahs are very shy animals and they can go up to four days without a drink. So next time you visit the wild and meet the cheetah, I’m sure you will look at it with more understanding and compassion. 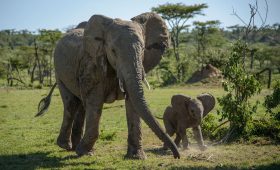 THE FAUNA OF KENYA FOR DUMMIES 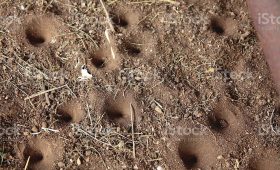